Digital version of the popular board game Through the Ages, which is considered to be the third most popular board game in the world by the community driven web page Board game geek. Players assume the roles of rulers of various civilisations as they lead their people to victory through the history, from ancient times to modern ages. The players are aided by complex mechanics that allow for victorious strategies just like in best titles in the video games field.

The main challenge, while creating the digital version, was the task of remaking the various components of the board game, so they would be intuitive and easily operated. The graphical side retains its original concept and it reflects the diverse themes of the ancient civilisations.

My work included the complete design of the user interface and overall supervision of the final graphical look and feel. 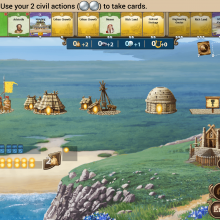 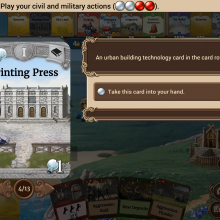 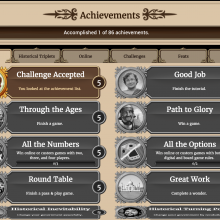 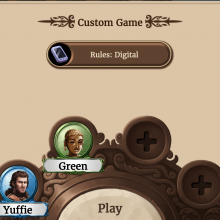 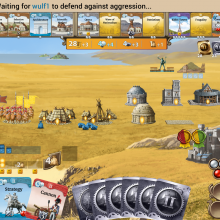